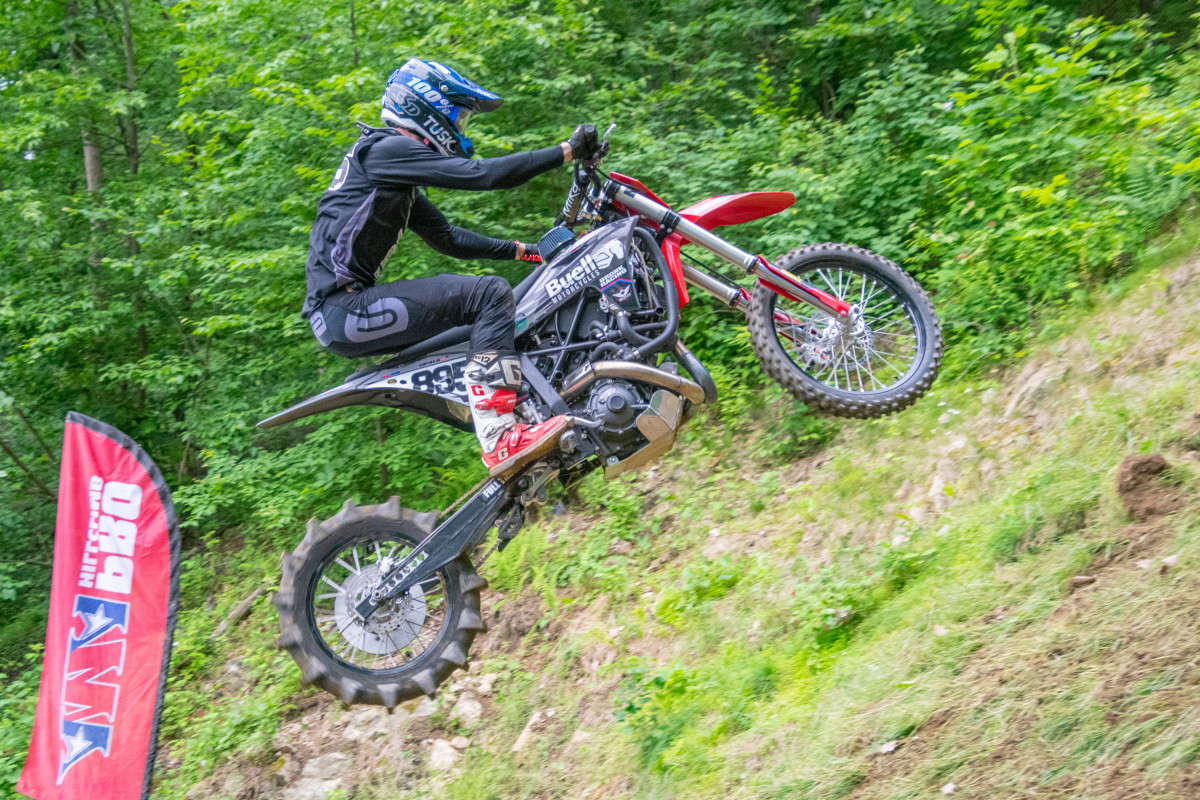 FREEMANSBURG, Penn. (June 13, 2021) - AMA Pro Hillclimb converged on Freemansburg, Pennsylvania for its second round of action on Sunday, June 13, 2021.  With a strong fan turnout eager to witness riders dominate the 500-foot hill, it was Logan Cipala who rose to the occasion and dominated in overall performance of the day.

In the 450 class Jay Sallstrom and his Yamaha YZ450F, set the fast time with a 12.882 run that would take the number one podium spot. Cipala finished in second place with a 13.086 run and John Koester, who lead in the first round of the class, fell to third with his first run time of 13.431.

The Twins class seemed more challenged at Freemansburg, with only half of the ten competitors completing the entire run. Three-time AMA Champion Logan Cipala, set the fast time in round one on his Buell 1190R with an 11.230-second run followed by Joel Falde, who came out in the second round and posted a 13.962-second run that landed him second-place podium position. Falde’s inspired run would push Logan’s brother Luke Cipala to third place finishing position.

Logan Cipala again shined in the Premier Class finishing second behind Phil Libhart on his orange 1973 Triumph that completed an impressive 10.675 second-run. In the second round, the younger Cipala improved his time by over two seconds with a 11.462, but came up short of his brother’s time and finished in third.

At the end of two rounds of racing the 450 class is led by Logan Cipala with 47 points, followed by Jay Sallstrom with 42 points and John Koester with 38 points.

The Twins class is led by Logan Cipala with 45 points, Luke Cipala with 42 points and Joel Falde with 38 points.

The third round of the AMA Pro Hillclimb season will be August 28, 2021 at High Fly MX Park in Scottsburg, Indiana.

White Rose I - Get tickets