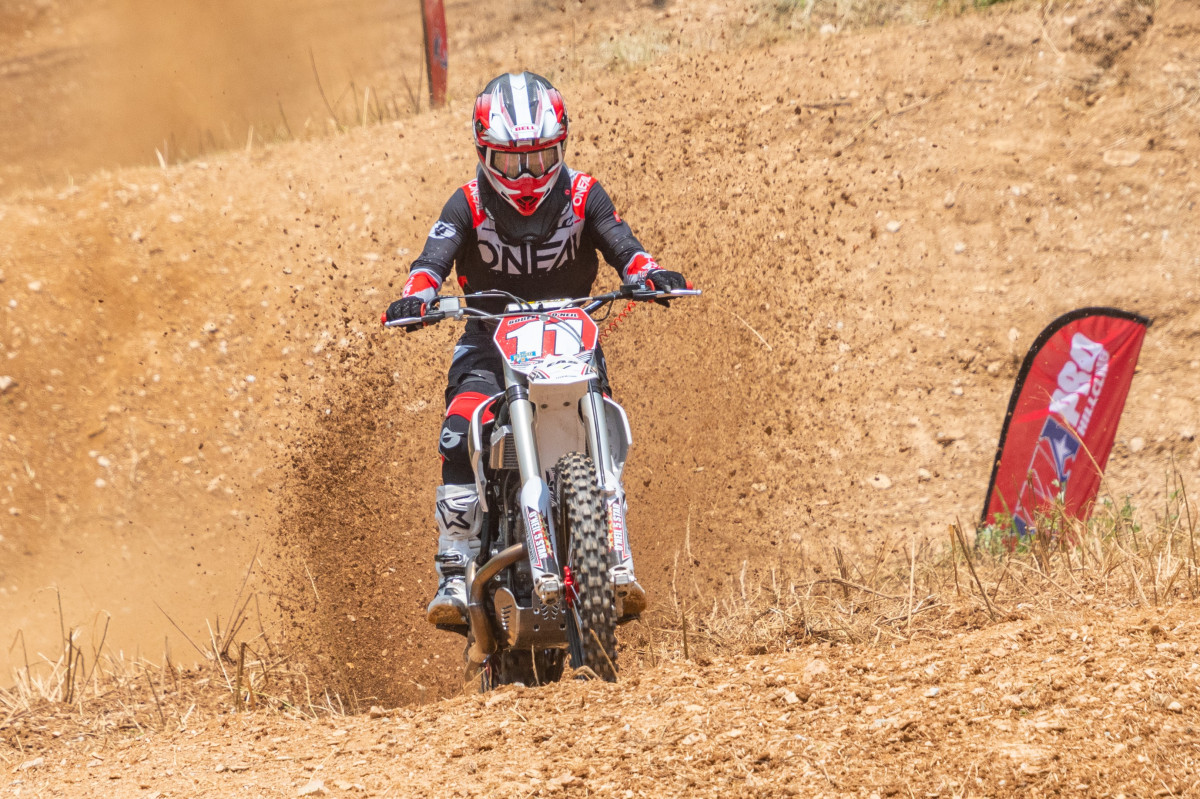 SPRING GROVE, Penn. (June 6, 2021) - The AMA Pro Hillclimb series kicked of their season at the White Rose Motorcycle Club in Spring Grove, Penn., on Sunday, June 6th. Not only was the weather hot, but so were the riders who gave it their all to get some early points in front of a large crowd. One that turned out to watch the riders race their high horsepower machines up the hill with the fastest time. The 300-foot hill was prepped and ready for the 23 riders that came from as far away as Wisconsin to try and earn a podium spot. Two rounds of racing in three different classes, 450, Twins and Premier revealed some new faces and new machines in the sport.

The 450 class got things started and the first round did not disappoint. Philip Libhart finished the round with the fastest time of 8.344 seconds on his 2012 YZ450F that was good enough for a second-place overall finish. Tray “Braapzilla” Hagstrom came in right behind Libhart with a 9.253 second run with his Yamaha 450. Cody Mason debuts his 2021 Gas Gas 450 and had a respectable third place finish in the first round. Sami Jerls, the lone female competitor in the AMA Pro Hillclimb series, put up a 13.712 run which got her a fifth-place finish.

Things got hotter in the second round of the 450 class as there were four sub-nine second runs. John “Flyin” Koester pulled out a fifth-place overall finish on his Honda CRF 450 with an 8.632 second run. Luke Cipala improved on his second run with a fourth place 8.413 second run. First year provisional rider and 17-time Amateur National Champion Bodie O’Neill cracked the top 5 with a blistering 8.352 run that earned him a third-place podium finish. Logan Cipala, who was the second to last rider, knew what he needed to do to get a podium spot and he did that and more by taking the 450 class win with an 8.026 run.

The newly-added Twins class was up next and saw the top two times recorded in the first round. The first rider Luke Cipala out of Ellsworth, WI brought out his new EBR 1190 and posted a second-place finish with an 8.033 run. Next came Bodie O’Neil who set the fastest class time with a whooping 7.631 run. That time proved untouchable as O’Neil took the top podium spot with that run. Nate Prebe, who missed last season with an injury, brought out his Aprilla 1000 and put up an 8.510 second run and ended in fourth place.

The second round of the Twins class saw Josh Muller put in an 8.775 run that was good enough for a fifth-place finish on his 1450cc Harley Davidson. Logan Cipala used the second round to improve on his time and take home a third-place finish behind is younger brother on his Buell 1190 with an 8.264 second run. Although the Twins class saw fewer riders in the first race of the season, it saw some new machines, hinting at some exciting action to come later in the season.

The final class to run was the Premier class. Both rounds revealed some fast times put up as well as riders bumping each other left and right. When the dust cleared in the first round, five of the to eight spots were taken. Alex Erickson put up the third fastest time on his Yamaha R1000 on 100% Nitromethane. Erickson’s time of 7.482 seconds got him on the podium in the first round. John Koester chose to run his Honda CBR600 and put up the fast time in the first round with a 7.201 run.

The second round of the Premier class did not slow down in the least. Jack Mason finished in fifth place with his 7.586 run on his Honda CBR636. Max Skeans earned a fourth-place spot with a 7.507 second run on his own Honda CBR636 on nitromethane. But all eyes were looking at the top spot that Koester had been holding since the second run of the first round. The last run was by Jay Sallstrom, who was riding his Yamaha R1. The six-time AMA Pro Hillclimb Champion knew what he had to do and had one chance to do it. As he cleared the first jump clean, all he had to do was hold the throttle open. As the bike cleared the timing lights you could hear the roar of the crowd as Sallstrom on the last run of the class put up a sub-seven second run and took home the podium win with an amazing 6.927 second run.